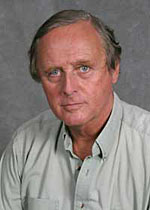 
"For constructing supergravity, the first supersymmetric extension of Einstein's theory of general relativity, and for their central role in its subsequent development."


Peter van Nieuwenhuizen was born in Utrecht, the Netherlands, on October 26, 1938. He studied physics and mathematics at the University of Utrecht, where he obtained doctoraal examens in both mathematics and theoretical physics, and wrote a Ph.D. with M.Veltman as adviser. After his studies in Utrecht he went to CERN (Geneva), the Ecole Normale Supérieure (then at Sacclay, now at Paris), and Brandeis University (Waltham), each for two years periods. In 1975 he joined the faculty of the (now C.N.Yang-) Institute for Theoretical Physics of the State University of New York at Stony Brook,NY. He became there a Distinguished Professor, and succeeded C.N.Yang in 1999 as Director. He was also the Teyler professor of physics at Leyden University (the Netherlands) from 1985 till 1995.

In 1993 Dr.van Nieuwenhuizen received with S.Ferrara from CERN and D.Z.Freedman (MIT) the Dirac medal and prize from the International Centre for Theoretical Physics in Trieste (Italy) for their work on supergravity. He is a fellow of the American Physical Society, and a corresponding member of the Royal Dutch Academy of Sciences, and of the Austrian Academy of Sciences. He was made a Knight in the Order of the Dutch Lion in 2004, and Honorary professor of department of Sciences of the Technical University of Vienna (Austria) in 2005. Dr.van Nieuwenhuizen has written over 300 articles on subjects in quantum field theory, quantum gravity, supergravity, conformal field theories, anomalies, Kaluza-Klein reductions, path integrals, W gravities, nonlinear sigma models, solitons, instantons, and string theory.