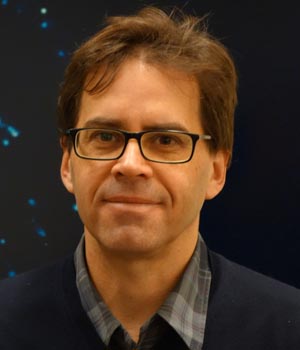 
"For over three decades of key contributions to instrumentation for gravitational-wave detectors, and in particular for scientific leadership in the design and commissioning of Advanced LIGO, enabling the first detection of gravitational waves and the many detections that followed."


Dr. Peter Fritschel is a Senior Research Scientist in the Kavli Institute for Astrophysics and Space Research at M.I.T. He is currently Chief Detector Scientist for LIGO - the Laser Interferometric Gravitational-wave Observatory. He received his B.S. in physics in 1984 from Swarthmore College, and his Ph.D. in physics in 1992 from M.I.T., developing techniques for gravitational wave detection using interferometry. He is a recipient of the 2016 Special Breakthrough Prize in Fundamental Physics, awarded for the detection of gravitational waves. He is also one of three recipients of the 2018 Berkeley Prize in Astronomy, and he received Optica’s Charles H. Townes Medal in 2018, “For advances in quantum-limited precision measurement in the Advanced LIGO detectors, leading to the first direct detection of gravitational waves.” He is a Fellow of the American Physical Society and the Optical Society of America.