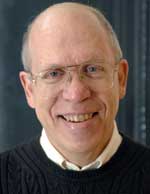 
"To Robert Meservey, Terunobu Miyazaki, Jagadeesh Moodera and Paul Tedrow for pioneering work in the field of spin-dependent tunneling and for the application of these phenomena to the field of magnetoelectronics."


Paul Tedrow, received his S.B. degree from the Massachusetts Institute of Technology in June, 1961. He was introduced to low temperature research by carrying out a senior thesis under the direction of Dr. Emanuel Maxwell. Dr. Tedrow attended graduate school in the Physics Department of Cornell University. He worked in the Low Temperature Laboratory of Professor David M. Lee throughout his time at Cornell. He received the Ph.D. degree in June, 1966. His research involved a study of the phase diagram of mixtures of the isotopes of helium, He3 and He4, at temperatures below 1K and at pressures near the solid-liquid phase boundary. This research led to the discovery of one quadruple point and the prediction of the existence of another in the helium phase diagram. He also learned about experimental superconducting tunneling by observing and assisting in the research of another graduate student, Prabha R. Kumbhare, who was measuring the energy gap of superconducting cadmium by tunneling. Dr. Tedrow and Dr. Kumbhare have been married since 1970. After spending a year as a post-doc at Cornell, Dr. Tedrow began working with Dr. Robert Meservey at MITs Francis Bitter National Magnet Laboratory in July, 1967. Their investigations of the effects of electron spin paramagnetism on the critical field of high-field superconductors led to the discovery in 1970 of the splitting of the quasiparticle density of states of superconductors in a magnetic field. The experiments were extended to include ferromagnets and other superconductors. With some diversion caused by the discovery of high-Tc superconductivity, Dr. Tedrows career was spent following various paths implied by the initial findings. He spent the summer of 1983 as a visiting scientist at Stanford University. He retired from MIT and physics in July, 1998. Honors: Fellow of the American Physical Society Air Force University Research Fellowship, 1989