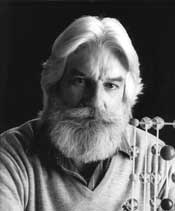 
"For consistently promoting applications of physics and sound science within the broader public sector – encompassing industrial and governmental, as well as primary, secondary, and higher educational institutions and communities worldwide."


Paul Grant graduated from Wappingers Central High School, near Poughkeepsie, New York, in 1953.  During the spring term of his senior year in high school, he entered the employ of IBM, commencing what was to become a 40-year career with the company. Upon graduation he was assigned by IBM to Project SAGE, the world's first supercomputer and prototype for NORAD.

IBM subsequently underwrote his university attendance while he remained an employee, leading to a BSEE degree (1960) from Clarkson University and the AM (1961) and PhD (1965) degrees in Applied Physics from Harvard University. While attending Clarkson, he continued working summers at IBM studying the Hall and magnetoresistive effects as applied to thin ferromagnetic film devices, which formed the central topic of his senior thesis and later resulted in two patents. He also designed and built one of the first thin film evaporation chambers which measured in-situ reflection electron diffraction during film growth (RHEED).

Upon retiring from IBM (1993), he accepted a position as Science Fellow at the Electric Power Research Institute (EPRI) where, until retiring once more (2005), he funded power applications of superconductivity and other "green energy" technologies.

Dr. Grant has published over 120 papers in scientific peer-reviewed journals, as well as numerous articles on science and energy issues in the popular press.  He has written commentaries and book reviews for Nature and Physics World, as well as advising bipartisan members of the US Congressional Committees on Science and Energy on various policy issues.  He is a Senior Life Fellow of the APS, a Fellow of the Institute of Physics, and is currently serves on the Committee on Superconductivity at the IASS in Germany.   He has held a visitor scholar appointment at Stanford University and now functions as a business associate at JPL/CalTech, and as a “due diligence” consultant for Silicon Valley venture capital enterprises.