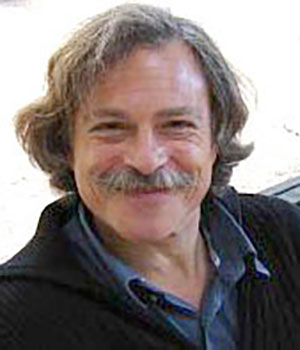 
"for pioneering contributions that opened new directions in the field of soft condensed matter physics through innovative studies of colloids, polymers, and packing."


After graduating from Stuyvesant High School in Brooklyn, N.Y., Paul Chaikin earned his B.S. in physics from Caltech in 1966, and his Ph.D. in physics from the University of Pennsylvania in 1971 working with Kondo superconductors. He joined the physics faculty at the University of California, Los Angeles in 1972 and studied thermopower, density waves, and high field phenomena mostly in organic superconductors. The lure of actually seeing the microscopics of a system led him to soft matter. He helped develop techniques to measure elasticity and motion and understand colloidal interactions. Hard and soft matter interests continued after joining the faculty at Penn (1983), the staff at Exxon Research (1983) and the faculty at Princeton (1988). His interests in geometry/topology led to his founding contributions to diblock copolymer nanolithography, and studies of defects, annealing, and pattern formation. He helped demonstrate and explain why ellipsoids pack more densely than spheres. In 2005 he helped found the Center for Soft Matter Research at New York University. His more recent research centers on artificial self-replication, self-assembly, active matter, DNA nanotechnology, topological defects on curved surfaces, and quantifying order far from equilibrium. He co-authored the text Principles of Condensed Matter Physics. Chaikin is a Silver Professor of Physics at NYU, a member of the National Academy of Science and a fellow of the American Academy of Arts and Sciences, the American Physical Society and the Institute of Physics (UK). He was an A. P. Sloan Foundation Fellow and a John Simon Guggenheim Fellow.