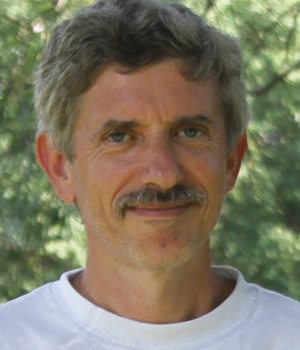 
Michael Bonitz received a physics diploma from Moscow State Lomonosov University in 1987. He then worked at Rostock University, Germany, where he obtained a PhD for a theoretical work on nonideal plasmas in 1991 and the habilitation for work on quantum kinetic theory. He spent two years as a postdoc at the Optical Sciences Center of the University of Arizona in Tucson and was a visiting professor at the University of Florida, Gainesville. Since 2003 Michael is a full professor of theoretical physics at Kiel University, Germany, where he holds a chair for Statistical Physics. Michael‘s research topics include nonideal classical and quantum plasmas, dusty plasmas, plasma-surface interaction, correlated electrons in solids and nanostructures, femtosecond electron dynamics, and laser-matter interaction. Aside from theoretical work he is developing first-principle computer simulations, including quantum kinetic equations, quantum hydrodynamics, nonequilibrium Green functions and novel quantum Monte Carlo methods. For his research results he was awarded the Gustav-Hertz prize of the German Physical Society, a doctor honoris causa of the Russian Academy of Sciences, and a fellowship of the American Physical Society. He is a member of the German and American Physical Societies and editor in chief of the journal Contributions to Plasma Physics.