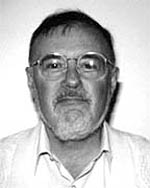 
"For notable contributions to the accelerator field as an inventor, designer, builder, and leader, including early pioneering developments in superconducting radio-frequency systems, inspiration and intellectual leadership for the construction of CESR, and leadership of the SSC Central Design Group."


Dr. Maury Tigner attended Webb Institute of Naval Architecture for two years before transferring to Rensselaer Polytechnic Institute to major in physics, graduating in 1958. After obtaining his Ph.D. under Robert R. Wilson at Cornell University in 1962, he has remained at Cornell for most of his career with visiting appointments for some years at DESY and the SSC Central Design Group in Berkeley. His primary activities in addition to teaching physics have been the support of particle physics through work on advancing the art and science of accelerators.

Retiring from Cornell in 1994 as the Hans A. Bethe Professor of Physics, Dr. Tigner is a Fellow of the APS, the AAAS and the American Academy of Arts and Sciences as well as being a member of the National Academy of Science. He has receive the Department of Energy Distinguished Associate Award, the U.S. Particle Accelerator School Prize for Achievement in Accelerator Physics and Technology, and the E. O. Lawrence Memorial Prize.

Post retirement activities have centered on the Institute for High Energy Physics in Beijing. This has involved working with colleagues there to strengthen connections with scientists abroad and to improve the capabilities of the BEPC collider and BES detectors and to collaborate in formulation of plans for the future of accelerator based particle physics in China.