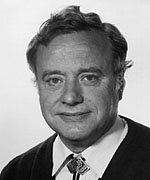 
"For being a dedicated mentor and guide to a whole generation of Latin American physicists and playing a decisive role in the development of physics in Latin America. By example, enthusiasm and very exacting standards he has inspired a respect for excellence and collegiality which now motivates many groups throughout Latin America."


Dr. Cardona, a native of Spain, studied at the University of Barcelona and received his Doctor of Sciences from the University of Madrid in 1958. He received his Ph.D. from Harvard University in Applied Physics in 1959. From 1959 to 1964 he worked for RCA Laboratories in both Zurich, Switzerland and then in Princeton, New Jersey. In 1964 he taught physics at Brown University, becoming a full Professor of Physics in 1966. Since 1971, Dr. Cardona has been affiliated with the Max-Planck-Institute for Solid State Research at Stuttgart, Germany. He has been active in many scientific societies internationally, receiving over 36 honors and awards, including 5 honorary doctoral degrees, the APS Frank Isakson Prize and election to fellowship status in many scientific associations worldwide. Dr. Cardona has served or is serving as a member of the Board of Editors of 7 scientific journals including his position of Editor in Chief of Solid State Communications. He has authored approximately 950 scientific publications in international journals, nine monographs on solid state physics and a textbook on semiconductors.

His present research interests include high temperature superconductors, in particular optical-spectroscopic investigations of electronic and vibronic excitations in the normal and superconducting state. He also is interested in isotopically modified crystals with an emphasis on the determination of phonon eigenvectors, phonon dispersion relations in crystals with isotopic constituents which are strong phonon absorbers, electron-phonon interaction and corresponding renormalization of electronic states and energy gaps. Additionally, he is researching the optical properties (phonons and electrons) of semiconductor nanostructures. He has edited the proceedings of the IV-VII Latin American Symposia on Surface Physics (SLAFS, 1986, '88, '90, ;92).