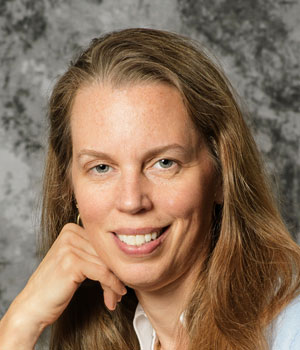 
"For extraordinary work in bringing the excitement and discovery of scientific research to the public through leadership of the Zooniverse project."

Dr. Lucy Fortson is a Professor of Physics in the School of Physics and Astronomy at the University of Minnesota. As an observational astrophysicist, she uses very-high-energy gamma ray telescopes to study active galactic nuclei. She is also a founding member of the Zooniverse project where over 1.7 million volunteers contribute to discovery research by performing simple data analysis tasks. Fortson focuses on developing human-computation algorithms to tackle Big Data challenges with next generation observatories such as LSST and the Cherenkov Telescope Array. Prior to joining the faculty at UMN, Fortson was Vice President for Research at the Adler Planetarium in Chicago and a research scientist at the University of Chicago. She received her BA in 1984 from Smith College in Physics and Astronomy, and her PhD in 1991 from UCLA in High Energy Physics on CERN’s UA1 experiment. She has served on numerous committees including the National Academy of Sciences Astronomy 2010 Decadal Survey, NASA’s Astrophysics Science Subcommittee and the Human Capital Committee of the NASA Advisory Council, the NSF’s Mathematical and Physical Sciences Advisory Committee, and the Education and Public Outreach Review Committee for NOAO. She is a member of the American Physical Society, the American Astronomical Society and the Citizen Science Association. Her awards include NASA’s Exceptional Public Service Award, the University of Geneva’s Innovation Award and UMN’s Community-Engaged Scholar Award.