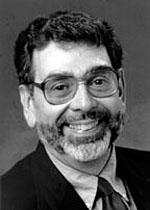 
Dr. Feldman received his B.A. degree in 1961 from Drew University under the guidance of Prof. John Ollom and his Ph.D. from Rutgers State University in 1967 under the thesis supervision of Dr. Walter M. Gibson and Dr. Walter L. Brown. He then joined AT&T Bell Laboratories, serving as a member of the staff and department head in departments associated with semiconductor materials physics. In 1996 he assumed the position of Stevenson Professor of Physics at Vanderbilt University and Distinguished Visiting Scientist at Oak Ridge National Laboratory. During 1970 - 1971 he was a guest scientist at Aarhus University, Denmark.

Dr. Feldman's scientific contributions have centered about the use of ion beams for the study and modification of solids. This work addressed the question of surface structure of solids, mostly semiconductors, at the monolayer level. Current scientific endeavors include ion beam applications to nanostructures and organic materials. He is the co-author of a number of extensively used texts that describe the basic physics of these processes Dr. Feldman has been elected to the Royal Danish Academy of Sciences and Letters, Fellowship in the American Physical Society, Fellowship in the American Vacuum Society and has been Chair of two Gordon Conferences, Particle-Solid Interactions and Defects in Semiconductors. He has recently served on the advisory councils of 1). Institute of Semiconductor Physics (Frankfurt-Oder), 2). Mikroelektronic Centre, Denmark, and, 3). Livermore National Laboratory.