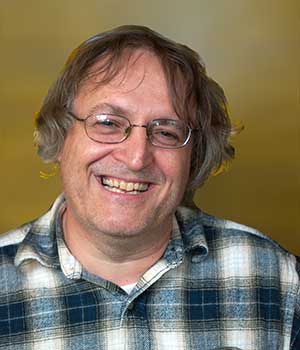 
"for over two decades of educational innovation and teaching excellence in the advanced laboratory sequence at the University of Minnesota Twin Cities; for cultivating students’ interest and expertise in modern experimental methods and research through laboratory education and independent projects; and for consistently supporting the advanced laboratory community in the adoption of modern experimental methods in the curriculum."


Kurt Wick received his B.S. in 1986 and his M.S. in 1989 in physics with a minor in electrical engineering, both from the University of Minnesota, where since graduating, he has been a Senior Scientist for the Methods of Experimental Physics advanced laboratory courses. The courses cover a wide range of fields, such as optics, solid state, and high energy physics, exposing students to electronics, programming and computer interfacing, and statistics and data analysis. He is interested in teaching the fundamentals of electronics, specifically, how it pertains to laboratory instruments and measurement techniques in experimental physics, and how to work around these tools’ limitations. He has been an active member of the American Association of Physics Teachers and has led Advanced Laboratory in Physics Association (ALPhA) workshops on using field-programmable gate arrays in an advanced physics lab, training other advanced lab developers in how to apply this digital technology for their own students. He has been a presenter at the Conference on Instructional Labs "Beyond the First Year” on the same subject and he has recently authored a book on that topic.In his spare time he enjoys paddling in the woods of Northern Minnesota and Ontario.