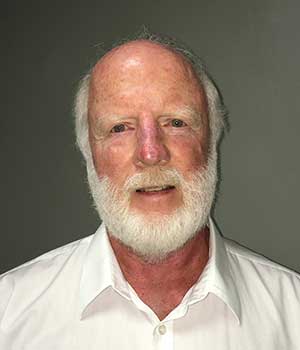 
"For pioneering research, including key experimental advances and diagnostic development, that established the links between sheared plasma flow and turbulent transport, leading to improved confinement regimes for magnetized plasmas through turbulent transport reduction by sheared flow."


Keith H. Burrell received a B.S. in physics from Stanford University in 1968, an M.S. in physics from Caltech in 1970 and a Ph.D. in Physics, Applied Mathematics and History from Caltech in 1974. He has worked on magnetic confinement fusion research for the past 44 years at what is now General Atomics. His experimental research has primarily been done on the DIII-D tokamak and its predecessor, Doublet III; the first four years of his research was carried on ISX-A and ISX-B at Oak Ridge National Laboratory.

The major focus of his research has been energy, particle, and angular momentum transport in the core and in the edge of H-mode plasmas.  He played a major role in experimentally establishing the paradigm of E x B shear stabilization of turbulence in magnetically confined plasmas.  For this work, he was one of four recipients of the American Physical Society (APS) Division of Plasma Physics Excellence in Plasma Physics Award in 2001.  Dr. Burrell has led the research into the physics of quiescent H-mode plasmas since their discovery in 1999. He helped establish that these plasmas exhibit all the confinement advantages of H-mode discharges without the major problems caused by edge MHD instabilities. His work also has a significant focus on diagnostic development.  He led the work developing the charge exchange spectroscopy systems on Doublet III and DIII-D which measure ion temperature, impurity density, rotation speed, and radial electric field profiles.

Dr. Burrell is a Fellow of the APS (1985) and a Fellow and Chartered Physicist of the Institute of Physics in the UK.