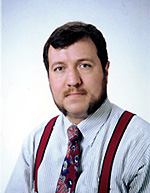 
"For his contributions to the study of gravitational wave propagation and quantum theory of gravity and for his effort to increase diversity in the field of physics as a founding member of the National Society of Hispanic Physicists."


Jorge Pullin, professor of physics and associate director of Penn State's Center for Gravitational Physics and Geometry obtained his Ph.D. from the Instituto Balseiro in 1989. He joined Syracuse University (1989-1991) and the University of Utah (1991- 1993) as a postdoctoral researcher and the faculty at Penn State in 1993. He received the Alfred P. Sloan and John S. Guggenheim fellowships, the Jack H Keuffel award for Research (University of Utah) and the NSF Career award. He is a member of the editorial board of the journals New Journal of Physics and the Classical Quantum Gravity (Institute of Physics, UK, who also distinguished him as a "chartered physicist") and the editor since 1993 of "Matters of Gravity", the newsletter of the Topical Group in Gravitation of the American Physical Society. He is the chairman of the scientific organizing committee of the International Conference on Genral Relativity and Gravitation to be held in Durban, South Africa (2001) and a member of the executive board of the LIGO research community.

His research has covered many aspects of gravitational physics, concentrating recently on two main problems: the quantization of general relativity using canonical methods and the study of the gravitational waves produced in the collision of two black holes.