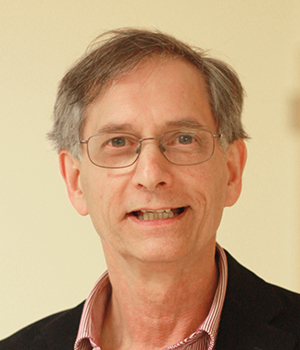 
"for his seminal contributions to the study of unitary Fermi gases, from their experimental realization to measurements of their collective mode dynamics, universal thermodynamic relations, and quantum transport coefficients."


John E. Thomas received his B.S. in physics in 1973, and his Ph.D. in 1979, also in physics, both from the Massachusetts Institute of Technology. His current research explores interacting Fermi gases in confined geometries, quantum hydrodynamics, and optical control of interactions. He has developed quantum resonance imaging methods for atoms, techniques to measure Wigner functions of classical optical fields for biomedical imaging, and stable optical traps for all-optical cooling and trapping. At MIT, he was a Hertz Foundation predoctoral Fellow (1973-1978) and received a C. S. Draper Career Development Chair of Aeronautics and Astronautics (1980-1981), before joining the physics department at Duke University in 1986. At Duke, he received a National Institute of Standards Technology Precision Measurements Grant (1990-1993) and was named the Fritz London Distinguished Professor in 2004. He gave the Dasari Lecture at MIT in 2010. In 2011, John received the Jessie Beams Award for Research from the Southeastern Section of the American Physical Society and moved his research group (JETlab) to North Carolina State University. He received an Outstanding Referee Award from APS in 2013 and is currently the John S. Risley Distinguished Professor of Physics. He was a divisional editor for Physical Review Letters (2005-2010) and was on the board of reviewing editors for Science Magazine (2011-2017). John is an APS fellow, a member of the Optical Society of America, and a member of the American Association for the Advancement of Science.