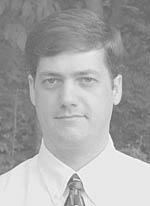 For his contributions to computational physics that included the formulation and implementation of a new finite-element-based method for solving the equations of density functional theory.


Dr. Pask did his undergraduate studies at the University of California, Davis, where he was a recipient of the Edward Frank Kraft Scholarship Prize in 1983, a University Scholarship in 1984; and graduated with honors in 1988 with a B.S. in physics.

After graduation, he went on to a position at the Naval Nuclear Power School in Orlando, Florida, where he taught introductory physics to enlisted students from 1988-1990; and taught mathematics, physics, and reactor dynamics to officer students and civilian engineers from 1990-1994, during which time he was awarded the Navy Achievement Medal and served as Director of the Mathematics and Physics division from 1993-1994. While at Nuclear Power School, Dr. Pask did graduate work at the University of Central Florida, where he completed an M.S. in mathematics in 1994.

In 1994, Dr. Pask returned to the University of California, Davis to pursue a Ph.D. in physics. While there, his graduate work, under Dr. Barry Klein, focused on the development and implementation of a new finite-element based approach to large-scale ab initio electronic-structure calculations. During the latter part of his graduate studies, in 1998-1999, Dr. Pask worked with Dr. Philip Sterne at the Materials Research Institute of the Lawrence Livermore National Laboratory on the extension and application of the finite-element based electronic-structure method to large-scale ab initio positron distribution and lifetime calculations. Dr. Pask completed his Ph.D. in physics in 1999.

In 1999, Dr. Pask was awarded a National Research Council Associateship to continue work on electronic-structure method development and applications with Dr. David Singh at the Naval Research Laboratory in Washington, DC; where he is currently working on the development of the finite-element approach and applications of the linearized augmented planewave method to transition-metal oxide systems.