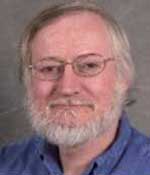 
"For outstanding theoretical work connecting observations of supernovae and neutron stars with neutrino emission and the equation of state of matter beyond nuclear density."


James Lattimer received his BS in Physics from Notre Dame in 1972 and his PhD from the UT-Austin in 1976. His thesis explored black hole-neutron star collisions, and proposed that decompression of neutron star matter could be the source of r-process elements. He was a postdoc at the Universities of Chicago and Illinois. Since 1979 he has been on the faculty in the Earth and Space Sciences and the Physics and Astronomy Departments at Stony Brook University. He was appointed a Distinguished Professor in 2013.

His early work also concerned gravitational collapse supernovae, and his "BBAL" (Bethe, Brown, Applegate and Lattimer) paper emphasized the role of entropy and nuclear excited states in preventing nuclear dissociation. He helped developed an equation of state for hot, dense matter, and extended this work with F. D. Swesty to create the first widely-used, thermodynamically-consistent, equation of state tables for use in high-performance numerical computations. He remains interested in constraining the equation of state from nuclear experiments and from observations of neutron stars.