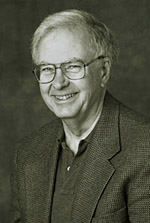 
"For the development of sensitive gravitational detectors and their successful application to the study of physics and geophysics."

Research interests include geophysics, experimental relativity, fundamental constants, and precision measurement and experiments designed to look for possible invalidations of accepted physical laws at some extreme of magnitude.