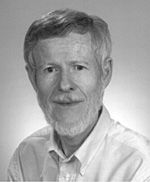 
"For his outstanding contributions to the field of spectroscopy in strongly corrrelated electron systems leading to elucidation of many-body physics."


Dr. Allen received the B.S. (1963, with distinction) and the Ph.D. (1968) degrees in Electrical Engineering from Stanford University. He joined the research staff of the M.I.T. Lincoln Laboratory in 1968, of the Xerox Palo Alto Research Center in 1973, and the physics faculty of the University of Michigan in 1987, serving as the Associate Chair for the Graduate Program from 1990 to 1993. He has been an academic guest at the Swiss Federal Technical Institute at Zurich, the Max Planck Institute for Solid State Physics at Stuttgart, the University of Groningen and the European Synchrotron Radiation Center. He will spend the year of 2002 at the Advanced Light Source at Berkeley.

Dr. Allen and his collaborators have employed resonant and inverse photoemission, x-ray and optical spectroscopies to study the electronic structure of solids, especially aspects intrinsic to strong electron correlations, such as mixed valence, the Kondo resonance, Mott-Hubbard and non-Fermi-liquid physics, in rare earth, transition metal and actinide materials. The most recent focus is the use of angle resolved and resonant photoemission spectroscopy to elucidate quasiparticle phenomena and to identify generalized signatures of electron fractionalization in various strongly correlated and low dimensional materials.

Dr. Allen received a Senior U.S. Scientist Award of the Alexander von Humboldt Foundation (1989) and is a Fellow of the American Physical Society (1990). He has served as a Divisional Associate Editor of Physical Review Letters (1992-95). Three papers have been included in issues (1972, 2000) of the Physical Society of Japan's "Series of Selected Papers in Physics."