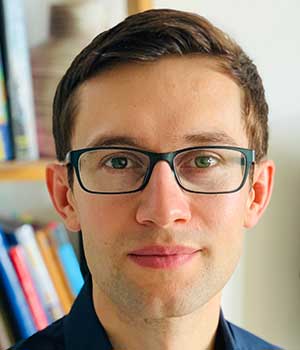 "For pioneering experimental work on using laser radiation to control and cool the motion of polyatomic molecules."


Ivan Kozyryev grew up in a small town in eastern Ukraine before receiving a scholarship to
complete his last two years of high school at Milton Academy in Massachusetts. In 2011, he
obtained his bachelor of science degree magna cum laude in physics and applied mathematics
from Yale University with distinction in both majors. While completing his undergraduate
physics thesis under the supervision of Prof. David DeMille, Ivan became fascinated by the
development of new experimental tools to harness the complexity of molecules to study
fundamental physics. He defended his Ph.D. thesis at Harvard University in the group of Prof.
John Doyle in 2017, focusing on extending techniques of laser cooling and trapping to complex
molecules. Ivan was the first to demonstrate the effects of radiation pressure force on
polyatomic radicals and to achieve their direct laser cooling to sub-millikelvin temperatures.
Later on, Ivan realized coherent control and cooling of molecular motion with optical pulses
arising from two-color (bichromatic) laser fields. This technique significantly relaxes the
required number of scattered photons for molecular slowing and can aid in reducing the
complexity of molecular beam experiments needed for the next generation of quantum
technologies. As a Simons Junior Fellow at Columbia University under the guidance of Prof.
Tanya Zelevinsky, Ivan is applying his expertise in molecular laser cooling to diatomic metal
hydrides in order to diversify ultracold molecular species and produce trapped hydrogen samples
for precision spectroscopy and ultracold controlled chemistry.