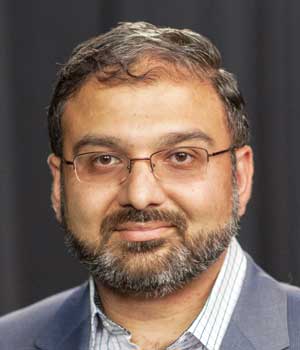 
Irfan Siddiqi is a Professor of Physics at the University of California, Berkeley, and a faculty scientist at Lawrence Berkeley National Laboratory (LBNL). He is the director of the Quantum Systems Accelerator (https://thequantuminformationedge.org/quantum-systems-accelerator/), a US Department of Energy funded national research center, and the Advanced Quantum Testbed at LBNL (https://aqt.lbl.gov/) that focuses on state-of-the-art superconducting quantum computing technologies. Siddiqi’s research has focused on high-fidelity readout of superconducting quantum bits, quantum simulation & computation, quantum feedback, quantum trajectories, squeezing and measurement limits, and near-quantum-limited microwave frequency amplification. He is a fellow of the American Physical Society (APS) and a recipient of its George E. Valley prize (2006). He received the UC Berkeley Distinguished Teaching Award in 2016--the institution’s most prestigious honor for teaching and continued commitment to pedagogy. Siddiqi received his A.B. in Chemistry & Physics from Harvard University in 1997, and a Ph.D. in Applied Physics from Yale University in 2002.