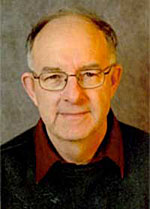 
"In recognition of their ultra-high precision measurements and extraordinarily detailed analyses of 0+ ‰ 0+ nuclear beta decay rates to explore the unitarity of the Cabibbo-Kobayashi-Maskawa quark mixing matrix as a test of the electroweak Standard Model."


Ian Towner was born in Hastings, England and received his degrees from the University of London: B.Sc. (Imperial College, 1962) and Ph.D (Battersea College, 1966). He spent 1965-70 as a research officer in the Nuclear Physics Laboratory of the University of Oxford, working in a group headed by Peter Hodgson. In 1970, Towner emigrated to Canada to join the theoretical physics branch of the Chalk River Laboratories of AECL, where he worked for 27 years. He left AECL in 1997 to become an adjunct professor of physics at Queen's University, Kingston, Canada. He spent a year's sabbatical (1988-89) at the TRIUMF laboratory.

Professor Towner is a member of the Canadian Association of Physicists. He has served on the Experimental Evaluation Committees of TRIUMF and the Saskatchewan Accelerator Laboratory. He has also served on advisory committees for the Canadian funding agency. He has won several teaching awards from the undergraduate students at Queen's.

His current research interests are in radiative and isospin-symmetry breaking corrections in superallowed Fermi beta decay. His past interests include shell-model calculations of nuclear structure, meson-exchange currents, magnetic moments, axial-vector couplings in beta decay and transfer reactions. He has written two books published by Oxford University Press, nine review articles, and more than 140 papers in physics.