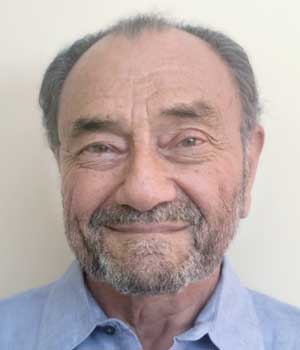 
"For pioneering and leadership contributions to large underground experiments for the discovery of neutrino oscillations and sensitive searches for baryon number violation."


Hank Sobel received his B.S from Rensselaer Polytechnic Institute in 1962. He then went to the Case Institute of Technology where he worked with Fred Reines on the CWI experiment located in the 10,500’ deep ERPM mine in South Africa. It was there where the first observation of atmospheric neutrinos occurred on February 23, 1965. After receiving his Ph.D. in 1969, he moved to the University of California, Irvine and worked on reactor neutrino experiments. In 1976, he, Reines and Henry Gurr were the first to observe electron antineutrino-electron elastic scattering, and in 1979, made the first observation of the weak neutral current using fission antineutrinos on deuterons. He further continued that work at the Bugey reactor in France and in 1990 joined the Chooz Long Baseline Reactor Neutrino-Oscillation collaboration. In 1978, motivated by the prediction of proton decay by SU(5), the group at Irvine joined with groups at Michigan and Brookhaven and built the IMB water Cherenkov detector in the Morton salt mine outside of Cleveland. During the course of the experiment, the detector greatly advanced the search for nucleon decay, observed a significant deficit of atmospheric neutrinos, and detected a pulse of eight neutrinos from SN1987a, coincidentally on February 23, 1987. In 1992, Sobel and several of the IMB members joined with the Japanese group at the U. of Tokyo to build the Super-Kamiokande detector. Super-K has furthered the search for nucleon decay and made precise measurements of atmospheric and solar neutrinos which led up to its discovery of neutrino oscillations in 1998. Sobel is a fellow of the AAAS and the American Physical Society. He has received the Rossi Prize, the Asahi Prize, the Pontecorvo Prize and the Breakthrough Prize.