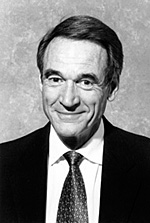 
"For his enduring commitment and multifaceted contributions to the development of physics in Thailand, which include innovative creation of scientific links between North American research universities and Chulalongkorn University, inspiring collaboration with leading Thai physicists, and the marshaling of financial and intellectual resources to establish new regional research centers."


Henry R. Glyde was born in Alberta, Canada and received his B.Sc. in Physics at the University of Alberta in 1960 and a D.Phil in Physics at Oxford, England as a Rhodes Scholar in 1964. After 5 years of post doctoral research in Europe he joined Atomic Energy of Canada Ltd. in 1969. He served as a project officer with the International Development Research Centre of Canada in Thailand in 1971-72 where his connections with Thailand, Chulalongkorn University and the program recognized by the Wheatley Award began.

In 1975, Dr. Glyde moved to the University of Ottawa where a formal link with Chulalongkorn University was established in 1979. He became Chair and Professor of Physics at the University of Delaware in 1982 and except for a period as Chair of Physics at the University of Alberta 1989-91 has been at Delaware ever since. Dr. Glyde is a Fellow of the APS (1988), has served as President of the Canadian Institute of Neutron Scattering (1989-91), chaired the committee that founded the Neutron Scattering Society of American (1992), and is currently on its executive committee. He has been a guest scientist at the Institut Laue Langevin, France, regularly since 1975, served as chair of the R&D advisory panel to AECL, and has assisted broadly in developing neutron scattering in the USA, his current field of research.