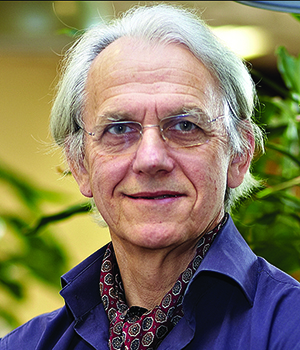 
"for fundamental contributions in ultrafast, ultrahigh-field laser inventions, such as chirped pulse amplification, that led to the new discipline of relativistic optics."


Gérard Mourou is Professor Haut-Collége at the École Polytechnique. He is also the A.D. Moore Distinguished University Emeritus Professor of the University of Michigan. He received his undergraduate education at the University of Grenoble (1967) and his Ph.D. from University Paris VI in 1973. He has made numerous contributions to the field of ultrafast lasers, high-speed electronics, and medicine. His most important invention, developed with Donna Strickland while at the University of Rochester (N.Y.), is the laser amplification technique known as Chirped Pulse Amplification (CPA), universally used today. CPA’s attosecond pulse generation and compact particle accelerators made possible the generation of extremely high laser intensities, making a new branch of optics possible. In 2005, Prof. Mourou proposed a new infrastructure, extreme light infrastructure (ELI), which is distributed over three pillars located in the Czech Republic, Romania, and Hungary. Prof. Mourou also pioneered the field of femtosecond ophthalmology that relies on a femtosecond laser for precise myopia correction and corneal transplants. Over a million such procedures are now performed annually. Prof. Mourou is member of the U.S. National Academy of Engineering, and a foreign member of the Russian Science Academy, the Austrian Sciences Academy, and the Lombardy Academy for Sciences and Letters. He is Chevalier de la Légion d’honneur.