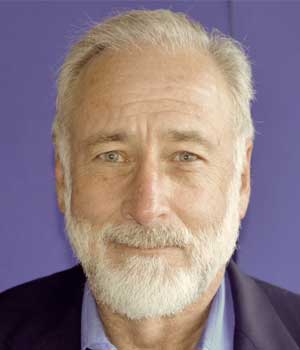 
Geoffrey Greene received his BA from Swarthmore College in 1971 and his PhD from Harvard University in 1977. Following a postdoctoral position at the Rutherford Laboratory and the Institut Laue-Langevin, he accepted a position as an Assistant Professor at Yale University. He subsequently moved to a staff position at the National Bureau of Standards (now NIST) and then, to a series of management positions at Los Alamos National Laboratory. He is currently a Professor of Physics at the University of Tennessee with a joint appointment at Oak Ridge National Laboratory. As a graduate student, under the supervision of Prof. Norman Ramsey, Dr. Greene was introduced to very low energy or “cold" neutrons which were then, for the first time, available in intense beams. This led to a career-long interest in the application of such neutrons for the determination of fundamental constants and the study of fundamental nuclear processes. Dr. Greene has participated in the establishment of several facilities for fundamental neutron physics research and has played a major role in the determination of the neutron magnetic moment, the neutron mass, and the neutron lifetime, as well as in a variety of experiments intended to elucidate symmetry breaking in nuclear interactions. Dr. Greene is a Fellow of the American Physical Society, has been a member of the Nuclear Sciences Advisory Committee and the APS Division of Nuclear Physics Executive Committee and has served on numerous international review and advisory panels.