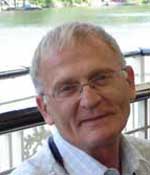 
"For outstanding contribution to the physics of shock waves in condensed matter, discovery and studying anomalous thermal hardening, superheated solid states, failure wave phenomena, investigations of sub-microsecond strength properties of materials over a wide range of load durations and temperatures."


Gennady I. Kanel graduated from Tomsk State University, USSR, in 1967. After the University, he worked in the Institute of Problems of Chemical Physics of Russian Academy of Sciences (Chernogolovka) until 1988 as a Junior Science Worker, Senior Science Worker, Chief Scientist. In 1988 he joined the Joint Institute for High Temperatures RAS (Moscow) and has been here as a head of laboratory, head of department, and now – as a deputy director. He got the degree of candidate of physical and mathematical sciences in 1972, the degree of doctor of physical and mathematical sciences in 1987, the title of professor in 1996, and was elected to Russian Academy of Sciences as a corresponding member in 2006. His research work is focused on understanding of the fundamental mechanisms and evaluation of kinetics of inelastic deformation, fracture, structural transformations in solids and energy release in high explosives under shock-wave loading. He is a member or ex-member of the American Physical Society, Russian National Committee on Theoretical and Applied Mechanics, Executive Committee of International Society of High Pressure Physics and Technology (AIRAPT), Executive Committee of European High Pressure Research Group. G.I. Kanel was awarded by the USSR State Prize, 1988, and by “Order of Services for the Fatherland”, 2005