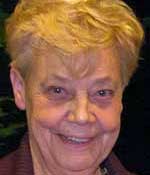 
"For significant contributions to understanding the physics of turbulent flow, aero-acoustics, and hot-wire anemometry by excellent measurements of mean and fluctuating properties."


Geneviève Comte-Bellot obtained her under-graduate diploma in 1953 at the University of Grenoble and her Master degree in Paris in 1954, at the Ecole Normale Supérieure. She chose to obtain the « Agrégation » which opens the road towards teaching physics and chemistry in high schools. She obtained her Ph Degree in 1963 at the University of Grenoble in the Department of fluid dynamics. Her dissertation was entitled « Turbulent Flow between two parallel walls ». The wind tunnel she specially built permitted to obtain very high Reynolds numbers, an exceptional feature which was never reproduced. Space-correlations, spectra and higher moments of velocity fluctuations were obtained and analyzed. Her memoirs were published by the French Ministry of Air, and were soon translated into Russian and English.

Just after having completed her PhD, Geneviève Comte-Bellot obtained a post-doc position at the Johns Hopkins University in the team of Professor Stanley Corrsin in Fluid Mechanics. For two years she was in charge of the large « Velvet Wind-tunnel », still in operation, where turbulence very close to isotropy could be realized. She studied the decay laws and the Eulerian space-time correlation. The physical mechanisms responsible of the coherence loss of the Fourier modes constituting the turbulent field were pointed out and evaluated. Two papers were written and they are today still used as reference.

Coming back to France, Geneviève Comte-Bellot, became a professor at the Ecole Centrale de Lyon, which is connected to the University of Lyon. There, she launched research into aeroacoustics, building two anechoic rooms associated with wind tunnels. This new field proved to be successful, attracting young staff to investigate jet noise, propagation of acoustic waves through turbulent flows, wall pressure fluctuations. Many papers were accepted by specialized journals or presented at international meetings. During the same time, Geneviève Comte-Bellot improved and used the constant voltage anemometer which permits to measure velocity fluctuations even when large amplitudes are present. Presently, she continues working to obtain temperature fluctuations. She was asked to write reviews on Thermal Anemometry by the CRC Press and Springer. In addition, she is in charge of the Electricity Museum housed in Ampere’s Mansion in Poleymieux au Mont d’Or, near Lyon, and developed « hands on » experiments for students and neophytes.