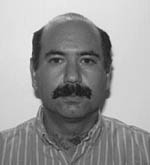 
"For his conception and development of the Motional Stark Effect diagnostic technique for measuring the local magnetic field inside a plasma, providing information critical to understanding magnetic plasma confinement."


Dr. Fred Levinton received his B.Sc. degree in physics in 1978 from McGill University, Canada and his Ph.D. in physics from Columbia University in 1983. He developed a multichannel Thomson scattering diagnostic to study high beta plasma equilibria for his thesis work in experimental plasma physics.

Following post-doctoral work, he joined the Plasma Technology Division of JAYCOR in 1984 and worked at the Princeton Plasma Physics Laboratory on the S-1 spheromak studying equilibrium and confinement. On the PBX-M tokamak, he developed the motional Stark effect (MSE) Phys. Rev. Lett. 63, 2060(1989) diagnostic to measure the internal magnetic field in a high temperature plasma.

In 1990, he was a founding member of Fusion Physics and Technology, Inc. He has since been investigating current profile effects on the sawtooth instability in plasmas. Using the MSE diagnostic, he developed a reversed magnetic shear Phys. Rev. Lett. 75, 4417(1995) q-profile which led to the enhanced reversed shear (ERS) mode on TFTR. His recent efforts have been to study the effect of reversed magnetic shear on plasma transport and stabilty, and extension of the MSE diagnostic to measurement of electric fields in plasmas.