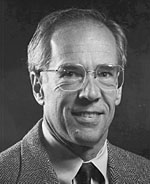 
"For their pioneering work in developing femtosecond sources and for their leadership in applying these sources in broad areas of science."

Dr. Ippen is a member of the National Academy of Sciences, the National Academy of Engineering and the AAAS. He is a fellow of the American Physical Society, the IEEE and the Optical Society of America. He has received the R.W. Wood Prize of the OSA, the Edward Longstreth Medal of the Franklin Institute, the Morris Leeds Award of the IEEE, a Humboldt US Senior Scientist Award, the H.E. Edgerton Award of the SPIE, and the John Scott Award of the City of Philadelphia Trusts.