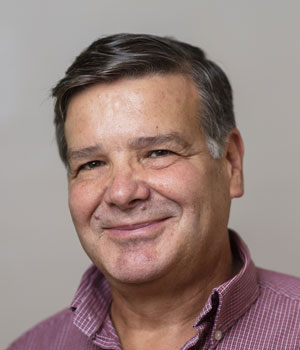 
Prof. Enrique J. “Kiko” Galvez was born in Peru, where he obtained a B.S. degree in Physics from the Pontifical Catholic University of Peru, in Lima. He went to the United States to pursue graduate studies, and obtained a Ph.D. in physics from the University of Notre Dame, Indiana, in 1986. He did a Post-doc at SUNY Stony Brook and has been member of the faculty at Colgate University since 1988, where he is currently a Professor of Physics and Astronomy and holder of the Charles A. Dana Chair. His research interests include quantum and classical optical physics, atomic physics and physics education. He has received numerous external grants from private and government funding agencies, and has published widely, with undergraduates appearing as coauthors 56 times. He is coauthor of three textbooks in physics. In 2010 he received the Prize to a Faculty Member for Research at an Undergraduate Institution from the American Physical Society, and in 2018 was elected Fellow of the Optical Society of America. He is member of APS and SPIE, where he is co-chair of a yearly conference on complex light. Recent research projects include research on complex beams light, geometric phases, optical singularities and photon entanglement. Educational projects include modernizing the introductory physics curriculum and the development new advanced optical physics laboratories.