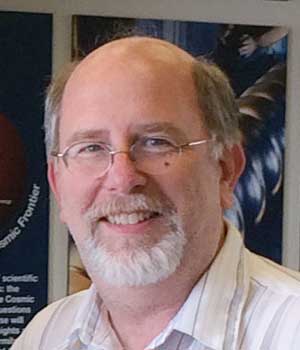 
"For pioneering and leadership contributions to large underground experiments for the discovery of neutrino oscillations and sensitive searches for baryon number violation."


Ed Kearns is an experimental particle physicist and Professor in the Physics Department at Boston University. He received his B.S. from M.I.T. in 1982 and a Ph.D. from Harvard University in 1990. As a graduate student, Kearns helped build the forward electromagnetic calorimeter for CDF and then used it to study handfuls of Z0 bosons during the first operation of the Fermilab Tevatron. As a postdoctoral associate, and later as a professor, Kearns’ research focused on neutrino physics and particle astrophysics on the MACRO and Super-Kamiokande experiments. For each, he worked on the design, production, and commissioning of front-end electronics. On Super-Kamiokande, Kearns co-lead the Atmospheric Neutrino and Proton Decay group, which discovered and measured atmospheric neutrino oscillation and has set stringent limits on baryon number violating processes such as proton decay. From the late 2000s to present, Kearns has been engaged in planning the next generation of experiments that use massive underground detectors, such as DUNE and Hyper-Kamiokande. Kearns was recognized as an APS Fellow in 2007. In 2013, he was awarded Universities Research Association and Department of Energy Intensity Frontier Fellowships. He was co-chair of the Neutrino 2014 conference, hosted by Boston area universities. As a member of the Super-K, K2K, and T2K collaborations, Kearns shared the 2015 Breakthrough Prize in Fundamental Physics. Kearns served as Fermilab Executive Committee chair in 2016. Kearns is also a Visiting Professor at the Kavli Institute for the Physics and Mathematics of the Universe.