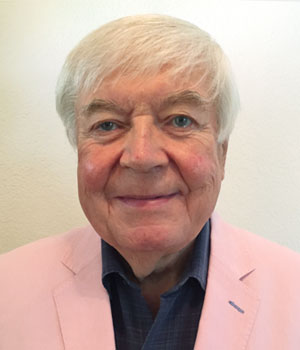 
Dmitri Ryutov received his M.S. in nuclear physics from the Moscow Institute of Physics and Technology in 1962, and his Ph.D. in plasma theory from the Kurchatov Institute of Atomic Energy in 1966. After the breakup of the Soviet Union, Ryutov moved to the U.S. and worked for 22 years at Lawrence Livermore National Laboratory, where, since 2012 he has been a Distinguished Member of Technical Staff. He contributed to many areas of plasma physics, including mirrors, tokamak divertors, high-power particle beams, Z-pinches, laboratory astrophysics, solar and space physics, as well as to the x-ray optics and magnetic levitation. For the last ten years he closely collaborated with the LLNL team that worked on collisionless shocks mediated by Weibel instability. He developed general scaling relations for this phenomenon, assessed constraints imposed by electron and intra-stream ion collisions, and actively participated in the experimental planning. His distinctions include: Academician of the Russian Academy of Sciences, American Physical Society Fellow, Institute of Physics Fellow, LLNL Edward Teller Fellow; APS DPP Maxwell Prize recipient; and Fusion Power Associates Distinguished Career awardee. He is a co-recipient of three R&D100 awards, including for Inductrack; LCLS x-ray diagnostics; and the Snowflake divertor.