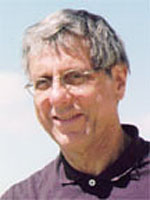 
"For his influential studies, theoretical and experimental, probing stability, structure and molecular motion in liquids, supercooled liquids and glasses."


Dr. Kivelson received his A.B. from Harvard University in 1949 and his Ph.D. from Harvard in 1953 with E. Bright Wilson, Jr. He served as an instructor in Physics at M.I.T. from 1953 to 1955. He has been on the faculty at the University of California at Los Angeles in the Chemistry Department since 1953.

Dr. Kivelson has been honored by a variety of fellowships, lectureships and awards. He also has served on a number of committees, editorial boards and professional organizations.