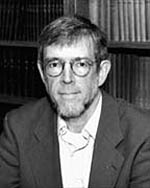 
"For his classic formulation of the renormalization group, his contributions to instanton physics and to the theory of monopoles and strings."


Dr. Curtis Callan received his BA in Physics from Haverford College in 1961 and his Ph.D. from Princeton in 1964. After holding a postdoctoral position at Princeton, he was an assistant professor in the Harvard Physics Department and then a long-term member at the Institute for Advanced Study. In 1972, he returned to Princeton as Professor of Physics and has remained there ever since.

Dr. Callan is Professor of Physics and Chairman of the Physics Department at Princeton University. He works in theoretical elementary particle physics and his research has covered a wide range of topics, including soft-pion theorems for K-meson decays, scaling laws for deep inelastic scattering, the role of the renormalization group in quantum field theory, the physics of magnetic monopoles, the formulation of string theory in curved spacetime and, most recently, the use of string theory to understand black hole entropy. He has also become very interested in the opportunities for physics and physicists to contribute to post-genomic biology and is working on setting up an interdisciplinary institute in that area at his university.

Dr. Callan is a member of the APS Division of Particles and Fields, and has been a Fellow of the APS since 1974. He was elected to the National Academy of Sciences in 1988 and is a member of the American Academy of Arts and Sciences. At Princeton, he has been a Higgins Professor of Physics and currently holds a James S. McDonnell Distinguished University Professorship.