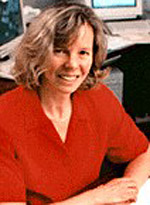 
"For fundamental studies in surface and scattering physics, and for leadership as Senior Vice President of Bell Labs Research, Lucent Technologies overseeing Bell Laboratories at an important time in its history."


Cherry A. Murray, Senior Vice President at Bell Labs, Lucent Technologies for Physical Sciences and Wireless Research, has been named as the Deputy Director for Science and Technology (DDST) at Lawrence Livermore National Laboratory. Murray will retire from her position at Bell Labs and begin her new assignment with LLNL on December 1, 2004.

Murray first joined Bell Labs in 1978 as a member of the technical staff. She was promoted to a number of positions over the years, including department head for low temperature physics, department head for condensed matter physics and semiconductor physics and director of Bell Labs physical research lab. In 2000, Murray became vice president for physical sciences and then senior vice president in 2001. In this role, Murray managed the wireless, nanotechnology and physical research laboratories and was Chairman of the New Jersey Nanotechnology Consortium.

Murray received her BS and Ph.D in physics from Massachusetts Institute of Technology. She serves on the governing boards of the National Research Council and Argonne National Laboratory, and the Executive Board and Council of the National Academy of Sciences. Murray is also a fellow of the American Physical Society and the American Association for the Advancement of Science. In 1989, she won the APS Maria Goeppert-Mayer Award. She is the author of two patents and more than 75 publications.