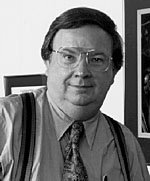 Following graduation, Dr. Shank joined the staff at AT&T Bell Laboratories. During his 20-year career at Bell Laboratories, he held numerous leadership positions and was Director of the Electronics Research Laboratory just before returning to Berkeley. At Bell Laboratories, he made pioneering contributions to the study of ultrafast events that occur in a millionth of a billionth of a second using short laser pulses. He contributed to fiber optic communications with the invention of the distributed feedback laser, a component in high data rate transmission systems.

Dr. Shank's tenure at Lawrence Berkeley Laboratory has included service on numerous state and national committees and councils. They include the California Council on Science and Technology, the National Critical Technologies Panel of the US Office of Science and Technology Policy, the Council on Competitiveness, the Center for Strategic and International Studies, the Solid State Sciences Committee of the National Research Council, the Environmental Technology Export Council, and the California Business-Higher Education Forum.

The scientific and service contributions Dr. Shank has received includes the R.W. Wood Prize of the Optical Society of America, the David Sarnoff and Morris E. Leeds awards of the Institute of Electrical and Electronics Engineers, the Edgerton Award of the International Society for Optical Engineering, the John Scott Award, the Edward P. Longstreth Medal of the Franklin Society, and UC Berkeley's Distinguished Engineering Alumnus Award.