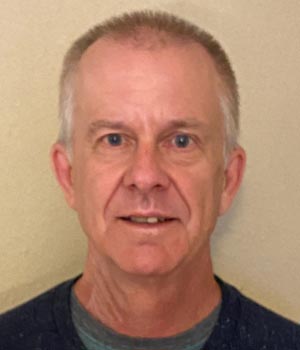 
Byron Lundberg is a Scientist Emeritus at Fermilab. He received his B.S. from the University of Iowa in 1977. He then attended the University of Wisconsin (Madison), receiving a Ph.D. in 1984 under the supervision of Lee Pondrom. Lundberg’s thesis work provided detailed analysis of hyperon polarization at large transverse momentum. In 1984 he joined the Ohio State University as a post-doc under Neville W. Reay, and helped develop then-novel solid-state strip detector systems for Fermilab experiment 653. Lundberg joined the Fermilab scientific staff in 1987 and spent two years on the Fermilab charm states experiment 791. At the same time he worked on establishing the SciDet facility and oversaw silicon detector construction for CDF, including wire-bonding and metrology operations at the facility. Interest in long-baseline (and at the time, short-baseline) neutrino oscillation physics promoted an effort to actually detect the unseen tau-neutrino interactions. In 1994, Lundberg and V. Paolone submitted a proposal to measure tau-neutrino interactions using emulsion technology developed by K. Niwa at Nagoya University. This experiment, DONuT, accumulated data in late 1999 to mid-2000 and published the first set of tau-neutrino interactions in 2001. After DONuT, he continued to pursue neutrino physics designing long-baseline beam systems and short-baseline liquid argon detectors at MicroBooNE. Lundberg was elected a Fellow of the American Physical Society in 2001.