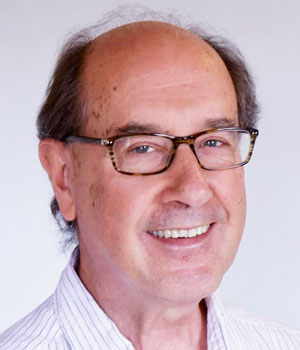 
"For pioneering and decisive contributions to the development and successful implementation of analysis techniques required to detect and interpret gravitational-wave signals."

Bernard Schutz specializes in general relativity and its astrophysical applications, particularly gravitational wave (GW) detection. After graduating from Clarkson University (B.S. Physics 1967), he received a Ph.D. in Physics from Caltech (1972). At Cardiff University in Wales he built up a research group studying the stability and pulsation of neutron stars, which discovered several new purely-relativistic ways they can emit GWs. In the 1980s Schutz began working on GW detection, focussing on the data-analysis methods needed to find and interpret weak signals in detector noise. In 1995 he moved to Potsdam, Germany, to help set up the Max Planck Institute for Gravitational Physics (Albert Einstein Institute), which he co-directed until retiring in 2014. His division worked on numerical relativity and data analysis, and in 1998 he founded the Living Reviews family of open-access journals. Back in Cardiff, he was the first director of the Data Innovation Research Institute, also continuing to work in the LIGO Scientific Collaboration. Schutz is a Fellow of the APS, of the ISGRG, of the IoP (UK), and an Honorary Fellow of the RAS; a member of the National Academy of Sciences, the Learned Society of Wales, Leopoldina, and the Uppsala Royal Academy of Arts and Sciences; and the recipient of the 2019 Eddington Medal of the RAS, a D.Sc. from Glasgow University (2011), and the Amaldi Gold Medal of SIGRAV (2006). He has written three books and co-authored nearly 300 refereed papers.