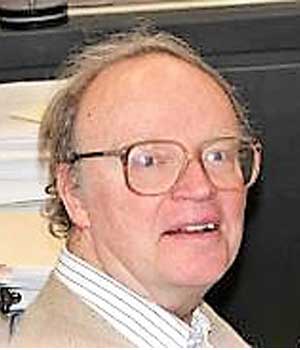 
"For seminal theoretical studies of fundamental symmetries in nuclei, including radioactive nuclear decays, parity-violating nucleon-nucleon interactions, and chiral dynamics of mesons and baryons."


Barry Holstein received his B.S. in 1965, his M.S. in 1967, and his Ph.D. in 1969, all from Carnegie-Mellon University. Following that, he was an instructor at Princeton University until 1971, when he became faculty at the UMass Amherst.  He has been at UMass since 1971, except for a two-year stint as the program officer for theoretical physics at the National Science Foundation, and a year spent \as a to Forchungszentrum Jülich as a Senior Humboldt Fellow. Although he retired in 2008, Holstein remains an active research program in particle/nuclear physics and is editor of Annual Reviews of Nuclear and Particle Science, consulting editor of the American Journal of Physics, and associate editor of the Journal of Physics G. He is a longtime member of the American Association of Physics Teachers and a fellow of the American Physical Society.