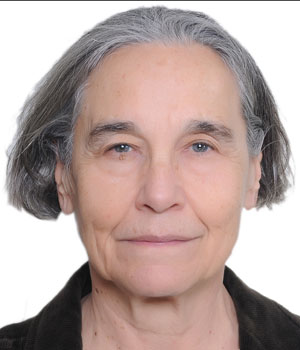 
"For a lifelong commitment to human rights, especially for a steadfast defense of the rights of citizens to criticize those in power, even at great personal cost."


Ayşe Erzan, a Turkish physicist and peace activist, was born in 1949. She majored in physics at Bryn Mawr and got her Ph. D. from SUNY at Stony Brook in 1976. She returned to Turkey and taught at the Middle East Technical University and later, the Istanbul Technical University (ITU). She was a member of the executive committee of the Progressive Women’s Association, working for women’s rights, and the Turkish Peace Committee. After the military coup in 1980 she left the country, teaching and conducting research in Europe until 1990, highlighting the plight of intellectuals in Turkey, giving lectures, issuing a monthly newsletter, initiating campaigns for solidarity with the signatories of the “Intellectuals’ Petition” and academics laid off by Martial Law decrees from their university positions. In 1995 she was elected to the Turkish Academy of Sciences (TUBA) and helped set up the Human Rights Committee. She served on the executive committee of the International Human Rights Network of Academies and Scholarly Societies. She led, on behalf of TUBA, the three-year (2003-2005) TUBA/History Foundation project investigating the human rights record of school text books. Protesting government intervention in TUBA in 2011, she resigned, and was one of the founding members of Bilim Akademisi (Science Academy, Turkey). In 2015, witnessing the human rights violations in southeastern Turkey, she joined the Peace Bloc, and in 2016-2017 was its co-spokesperson. Together with 38 other citizens she plead guilty to the same “crime” as the teacher Ayşe Çelik, asking for a stop to the shelling of Sur in Diyarbakır, “so that children shall not die.” (The court dismissed the cases of all but Çelik.) In January 2016, she signed, together with 2212 other academics, the peace petition, “We shall not be party to this crime,” asking for an end to violence in the southeast. She, and 35 other signatories, got prison sentences of 15 to 36 months without deferment, for “propaganda on behalf of a terrorist organization”; the verdicts are being appealed. The Constitutional Court has, since then, declared the petition to be protected under the freedom of speech, and nearly 500 fellow signatories have so far been acquitted.