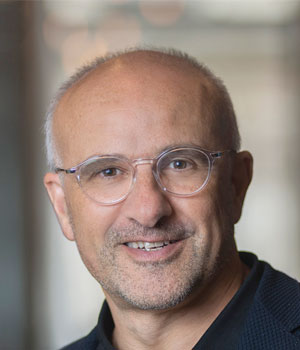 
"For the development of the Dynamical Mean Field Theory as a tool for the computation of properties of strongly correlated materials."

Antoine Georges is a Professor at Collège de France, Paris (chair of Condensed Matter Physics) and the Director of the newly founded Center for Computational Quantum Physics at the Flatiron Institute, Simons Foundation, New York. He also has affiliations with the Ecole Polytechnique (France) and the University of Geneva (Switzerland). He graduated from Ecole Polytechnique in 1984 and obtained his Ph.D. from École Normale Supérieure in 1988. His early research was in high-energy theory and the statistical mechanics of disordered systems. Since the early 90's, his main focus has been on the physics of quantum materials in which electron-electron interactions are strong, and more broadly defined the theory of interacting quantum systems including ultra-cold atoms. He is one of the co-inventors of Dynamical Mean-Field Theory, for which he shared the 2006 Europhysics Condensed Matter Prize. This theory has deeply transformed our understanding of these materials and our ability to explain, calculate and predict their physical properties. Antoine Georges also received the 1990 Suzanne et Anatole Abragam Prize, the 2004 Dargelos Prize, the 2007 Silver Medal of the CNRS, the 2014 Hamburg Prize for Theoretical Physics, a Honorary Doctorate from the University of Sherbrooke, Canada (2018) as well as a major Synergy Grant from the European Research Council (2012). He is a member of the French Academy of Sciences.