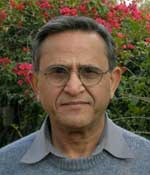 
Abdul Hameed Nayyar received MSc from Karachi University, Pakistan, in 1966, and his PhD in theoretical condensed matter physics in 1973 from Imperial College, London. He served on the faculty of the Department of Physics, Quaid-i-Azam University, Islamabad, from 1973 to 2005. He is currently a Senior Research Fellow at the Sustainable Development Policy Institute, Islamabad, directing programs on education reform and energy policy. Since 1998, Nayyar has been a visiting researcher at Princeton Universitys Program on Science and Global Security, working on technical and policy studies of nuclear weapons and nuclear energy programs in Pakistan and India that can inform the South Asian nuclear-policy debate and foster a process of arms control and disarmament. He has also held visiting positions at the University of Manitoba, Winnipeg, Canada, and at the Abdus Salam International Centre for Theoretical Physics (ICTP), Trieste.

Nayyar is a member of the International Panel on Fissile Materials, an independent group of arms-control experts from seventeen countries working to develop policies to secure and reduce global stockpiles of highly enriched uranium and plutonium. He served as Secretary of the Pakistan Physical Society in 1990, 1992 and 1998. He is President of the Pakistan Peace Coalition, a national network of peace and justice groups.