This award recognizes doctoral thesis research of outstanding quality and achievement in chemical physics. Three finalists will be invited to the APS March meeting to present 24-minute talks based on their thesis research. The recipient will receive a $1,500 stipend, a certificate, travel reimbursement of up to $1,000, and a registration waiver. The two runners up will receive certificates, travel reimbursements up to $500, and registration waivers.

Originally named the Doctoral Thesis Award in Chemical Physics, this award was first awarded to Alexander J. White in 2015. It has since been renamed the Justin Jankunas Doctoral Dissertation Award in Chemical Physics. The renaming, established with friends, family, and colleagues of Justin Jankunas, honors his memory and work as a promising young chemical physicist at the beginning of a promising career.

Justin Jankunas obtained his doctorate from Prof. Richard Zare at Stanford in 2013 and then worked with Prof. Andreas Osterwalder at the École Polytechnique Fédérale de Lausanne until 2015. In this short period he published 19 papers in molecular reaction dynamics until his tragic death in a motorcycle accident in 2015. Justin's family, friends, and colleagues have established this award to encourage and recognize other promising chemical physicists.

Eligible candidates should have passed their thesis defense during the 12 month period prior to the nomination deadline. The thesis advisor should verify that the defense occurred within this time frame. The nominee and thesis advisor must be members of DCP.

The nomination deadline for the 2023 award has been extended.

Nominations should consist of; 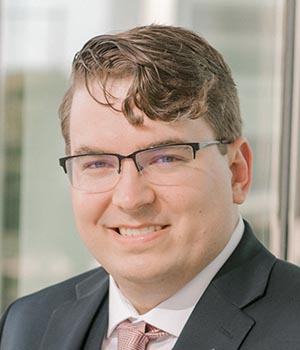