Josiah Willard Gibbs (1839-1903) was an American mathematical physicist whose work in statistical mechanics laid the basis for the development of physical chemistry as a science. On April 20, 2007, APS presented a plaque to the Yale physics department in his honor.

Albert Einstein called him "the greatest mind in American history." Gibbs’s studies of thermodynamics and discoveries in statistical mechanics paved the way for many of Einstein’s later discoveries. Gibbs is also known as the "father of vector analysis", or the formal study of vectors in math, and is largely responsible for the widespread use of vectors in physics, replacing the quaternions that William Rowan Hamilton had earlier discovered.

Josiah Willard Gibbs was born February 11, 1839, in New Haven, Connecticut. He graduated from Yale College in 1858 and continued his studies at Yale, earning his doctorate of philosophy in 1863. Afterward, he was appointed tutor in the college, where he taught Latin for 2 years and natural philosophy for a third year. In 1871 he was appointed professor of mathematical physics in Yale College and he served in that capacity for the rest of his life.

During the years from 1876 to 1878, he worked on the principles of thermodynamics, applying them to the complex processes involved in chemical reactions. He discovered the concept of chemical potential, or the "fuel" that makes chemical reactions work, and published his most famous contribution, "On the Equilibrium of Heterogeneous Substances," which was published in the Transactions of the Connecticut Academy of Arts and Sciences.

In these essays were the beginnings of Gibbs’ theories of phases of matter. He considered each state of matter a phase, and each substance a component. Thus, a system of ice and water would be one component in two phases, while solid and dissolved sugar in water would be two components in two phases. Gibbs took all of the variables involved in a chemical reaction - temperature, pressure, energy, volume, and entropy - and included them in one simple equation. By plugging some of the variables into the equation the rest could be easily worked out. This equation has come to be known as the Phase rule.

Within this paper was perhaps his most outstanding contribution, the introduction of the concept free energy, now universally called Gibbs free energy in his honor. The Gibbs free energy relates the tendency of a physical or chemical system to simultaneously lower its energy and increase its disorder, or entropy, in a spontaneous natural process. Gibbs’s approach allows a researcher to calculate the change in free energy in the process, such as in a chemical reaction, and how fast it will happen. Since virtually all chemical processes and many physical ones involve such changes, his work has significantly impacted both the theoretical and experiential aspects of these sciences.

His last contribution, The Elementary Principles of Statistical Mechanics, was published in 1902. The book laid the foundation for a new branch of theoretical physics, statistical mechanics, that is not only a major field in its own right, but that also crucial to developments that eventually led to quantum mechanics.

The importance of Gibbs’ findings was not immediately recognized, especially in his home country. When his publications were read, they were considered too mathematically complex for most chemists and too scientific for many mathematicians. But in 1901 Gibbs was awarded the Copley Medal of the British Royal Society, the most prestigious international science award at that time (the Nobel Prizes were just beginning). 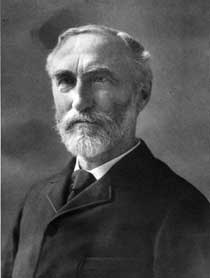