A graduate of the University of Wooster and Princeton University, Compton developed a theory of the intensity of X-ray reflection from crystals as a means of studying the arrangement of electrons and atoms. In 1918 he started a study of X-ray scattering.

In 1919 Compton was awarded one of the first National Research Council fellowships. He took his fellowship to the Cavendish Laboratory in Cambridge, England and then to Washington University, St. Louis when the equipment in England turned out to be inadequate for his needs. Working with X-rays, he perfected his apparatus to measure the shift of wavelength with scattering angle that is now known as the Compton effect.

Compton observed the scattering of X-rays from electrons in a carbon target and found that the scattered X-rays had a longer wavelength than those incident upon the target. The shift of the wavelength increased with scattering angle. Compton explained and modeled the data by assuming a particle (photon) nature for light and applying conservation of energy and conservation of momentum to the collision between the photon and the electron. The scattered photon has lower energy and therefore a longer wavelength according to the relationship between energy and wavelength discovered in 1900 by German physicist Max Planck.

The Compton effect is defined as the decrease in energy (increase in wavelength) of an X-ray or gamma ray photon, when it interacts with matter. This effect demonstrates that light cannot be explained purely as a wave phenomenon. Compton's work provided convincing proof that in scattering experiments, light behaves as a stream of particles whose energy is proportional to the frequency (i.e. inversely proportional to the wavelength). As a result of the interaction, the electron is given part of the energy and a photon containing the remaining energy is emitted in a different direction from the original, so that the overall momentum of the system is conserved.

Compton submitted his theory of the scattering of X-rays by electrons to the Physical Review in December, 1922, and the paper was published in May, 1923. In the paper, he compares the predictions of his theory with as-yet-unpublished experimental data, and concludes “This remarkable agreement between our formulas and the experiments can leave but little doubt that the scattering of X-rays is a quantum phenomenon.” The analysis of the Compton effect presented in his paper requires special relativity and quantum mechanics, both used in ways that were novel at the time. The paper can be viewed online at prola.aps.org/abstract/PR/v21/i5/p483_1.

The explanation and measurement of the Compton effect earned Compton a share of the Nobel Prize in physics in 1927.

Compton scattering is of prime importance to radiobiology, because it is the most probable interaction of high energy X-rays with atomic nuclei in living beings and is applied in radiation therapy. In material physics, Compton scattering can be used to probe the wave function of the electrons in matter.

Compton also discovered the phenomenon of total reflection of X-rays and their complete polarization, which led to a more accurate determination of the number of electrons in an atom. He was also the first to obtain X-ray spectra from ruled gratings, which offers a direct method of measuring the wavelength of X-rays. By comparing these spectra with those obtained when using a crystal, the absolute value of the spacing of atoms in the crystal lattice can be determined. This led to a new measurement of the electronic charge. 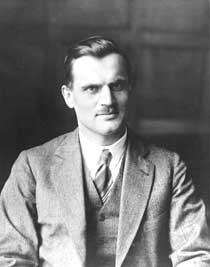 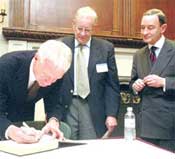