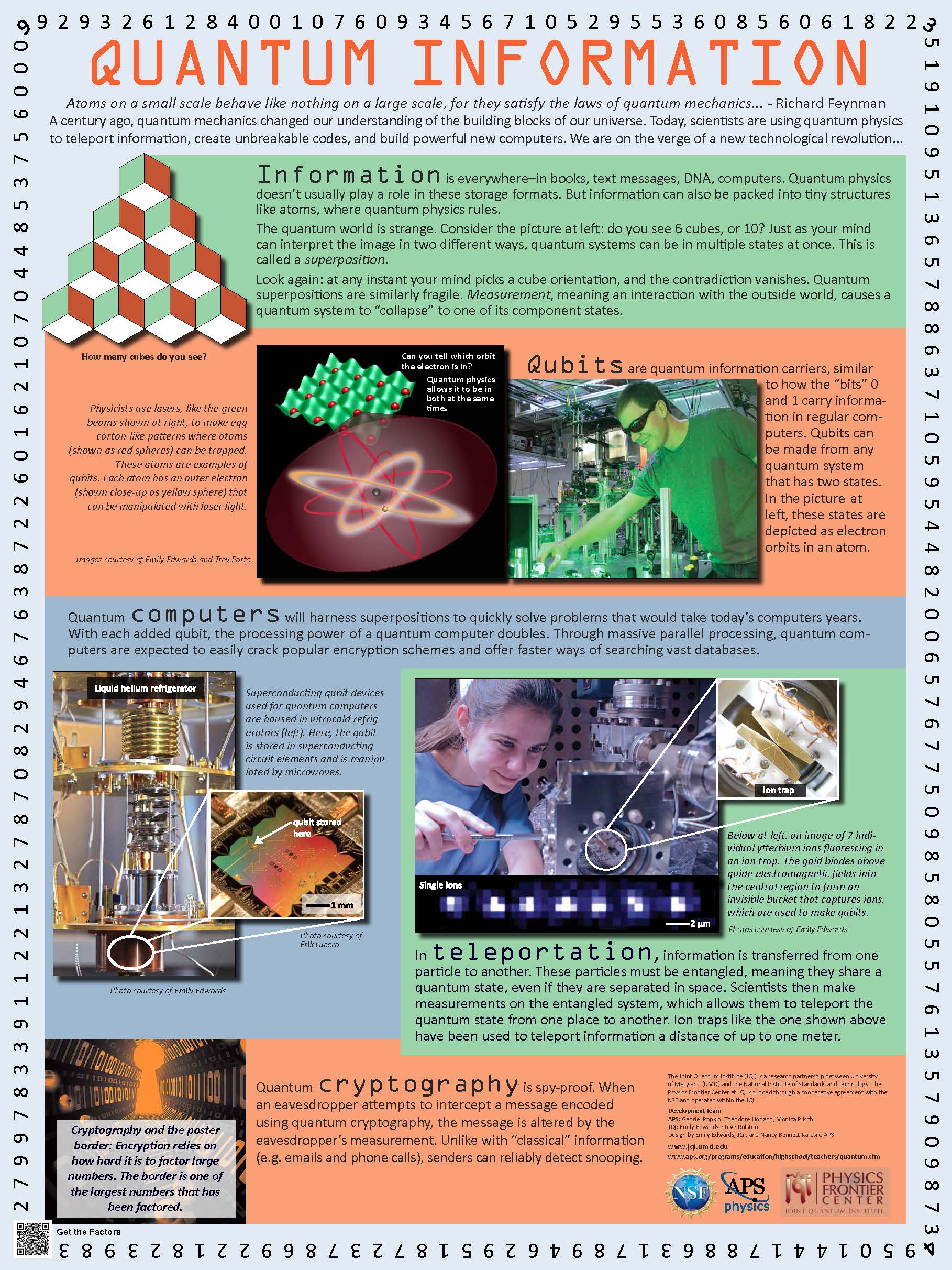 “Quantum Information” is an attractive and informative introduction to cutting-edge quantum physics technology for high school and undergraduate students. The poster highlights ongoing research into the tiny building blocks of our universe.

What is Quantum Physics?

Quantum physics describes the world of the very small: atoms, electrons, light. The quantum world is strange. One example of this is illustrated by the picture at the top left of the poster: do you see 6 cubes, or 10? Just as your mind can interpret the image in two different ways, quantum systems can be in multiple states at once. This is called a superposition.

Look again: at any instant your mind picks a cube orientation, and the contradiction vanishes. Quantum superpositions are similarly fragile. Measurement, meaning an interaction with the outside world, causes a quantum system to “collapse” to one of its component states.

What is Quantum Information?

Most information is stored in relatively large structures--books, text messages, DNA, computers. Quantum information is information stored in very small structures called qubits. Qubits can be made from any quantum system that has two states. In the image in the poster, these states are depicted as electron orbits in an atom.

Because of the principle of superposition, qubits, unlike the “classical bits” in your computer, can be in both their possible states at once. This opens up exciting new possibilities in information technology.

What Can We Do with Quantum Information?

Scientists are using quantum physics to:

Get the “Quantum Information” Poster!

More About JQI and Quantum Information