In all that time, only one thing changed. Our energy vulnerability grew much worse.

Now the threat to our energy security is much more dramatic.

Today the threat is terrorism and a war raging in the Middle East, one of the most volatile regions of the world, and the source for much of America’s petroleum.

Unlike in the Cold War, our increasing dependence on imported oil and the need for access to secure energy resources play a central role in this new struggle. Yet, we still argue the same old policies.

One side says the answer is conservation. The other says just as forcefully that the answer is to produce more energy here at home. Both are wrong. And both are right.

They are wrong because there is no single answer.  They are right because more conservation and energy efficiency and greater production of energy here at home are very important parts of the solution. We need both.

Our plan, the Security and Fuel Efficiency Energy Act—SAFE Energy Act—is a comprehensive approach that recognizes there is no magical “single bullet” that will solve America’s dependence on foreign oil.

Frankly, our plan advances policies neither Sen. Craig nor I would have supported as stand-alone proposals. Some we actively opposed in the past. But when they are part of a comprehensive package that asks no single effort to carry the whole load, they make sense.

Are some of the provisions of our legislation controversial? You bet. But our reliance on foreign oil is too dangerous for Congress to continue to avoid taking up controversial issues.

Since the introduction of the SAFE Energy Act, Sen. Craig and I have worked together to ensure that any bipartisan legislation moving through the Senate incorporates these principles.

In June, the Senate passed major energy legislation that included significant progress toward meeting three of these four principles. I am pleased with the progress we made with the Senate’s recent passage of energy legislation. I remain committed to making further progress and to achieving all four goals of the SAFE Energy Act.

Here’s what the Senate has done so far this year:

One area where we also must do more is domestic energy production.

The SAFE Energy bill strongly encourages the production of more oil and natural gas at home. We specifically recommend that more production of both could be developed in the Eastern Gulf of Mexico and near Cuba. We also call for a further inventory of resources in the Southeastern U.S. waters.

We must realize that even as we develop alternative fuels and use our resources more efficiently, the development of our own resources is a safer and more sensible course than continuing our increasing and precarious dependence on other nations’ oil.

Congress must also get to work helping to develop the next generation of energy technologies. Let’s use America’s innovative spirit! I am working to harness that innovation to increase our energy security through my work on the Senate Appropriations Committee. As the Chairman of the Energy and Water Appropriations Subcommittee, I’ve worked to provide funding to programs that seek to develop and demonstrate a wide array of new energy technologies.

I am proud to say that the Energy and Water Subcommittee, under my chairmanship, has funded the Department of Energy’s energy programs—the programs seek to develop new energy technologies—with $3.715 billion for the coming year. That funding is $536 million above the President’s request. While the President often speaks about the importance of energy, we are following through with increased funding for that effort.

Funding for these important initiatives lays the groundwork for the goals we seek to achieve in our SAFE Energy legislation. By adequately funding our research and development programs, we will be able to take these technologies and ideas into the marketplace. Automakers can use the advances we achieve to make more advanced, fuel-efficient vehicles. Companies will be able to produce the next generation of ethanol and biodiesel, especially cellulosic ethanol. We will be able to use new technologies and ideas for the development of unconventional oil and gas resources. All of these investments contribute to greater energy security for America. 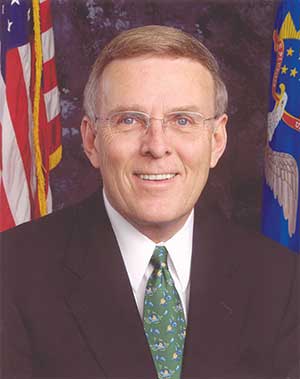