Nearly 200 physics undergraduate students from across the country recently contacted 80 U.S. senators, requesting they support science research opportunities for undergraduates, including those funded by the National Science Foundation. The students made the calls as part of an advocacy campaign supported by APS and the Society of Physics Students. 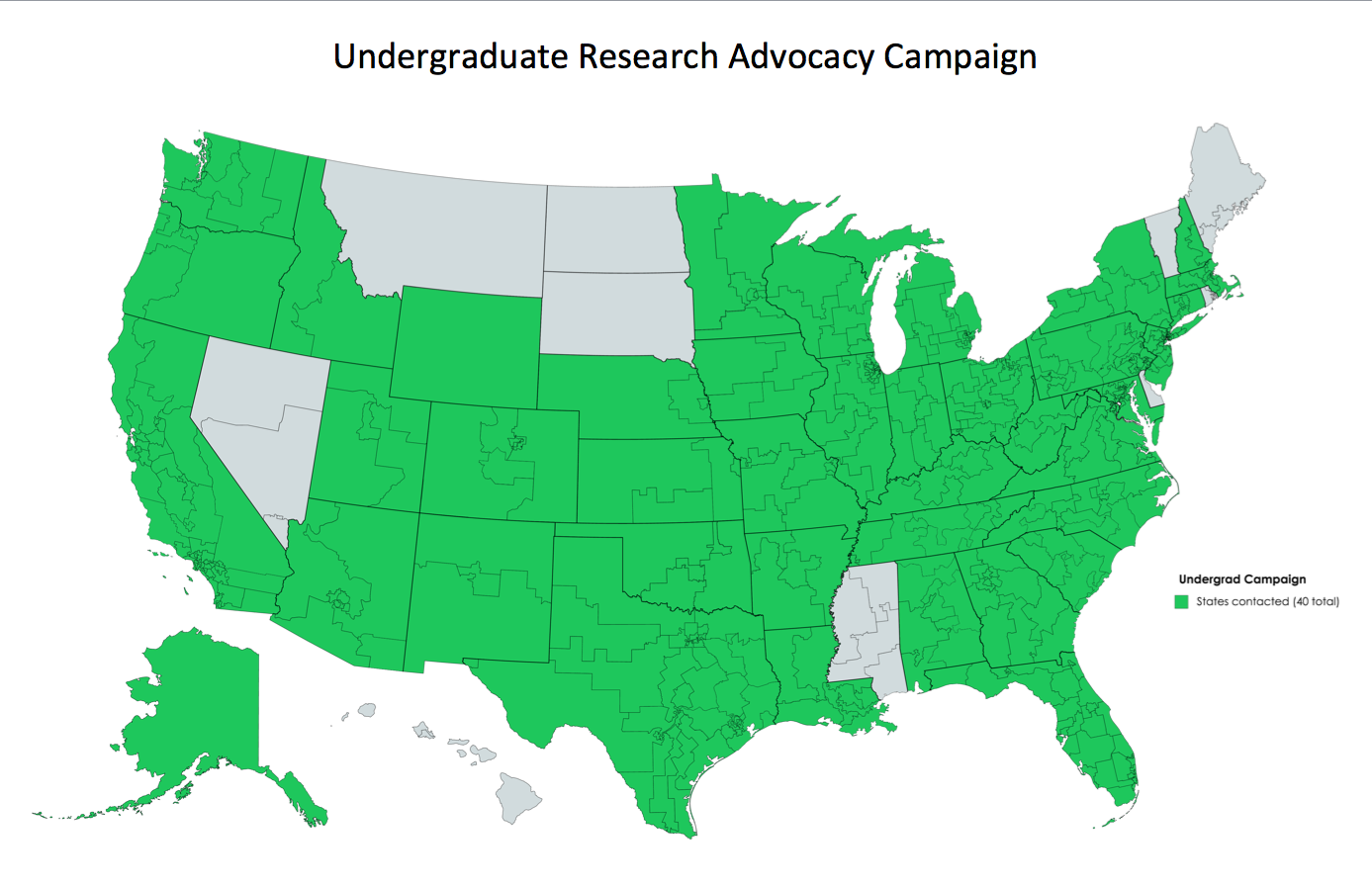 “This campaign was a surprise success. More students participated than we expected, and they contacted key senators who hold positions on important committees that oversee federal funding for science programs,” said Francis Slakey, APS interim director of public affairs.

Brad Conrad, director of SPS and Sigma Pi Sigma, said it was “fantastic” having SPS and APS work together on such an important campaign for which SPS reached out to its numerous student chapters.

“It was a great initiative…It’s important for students to understand that they are not passive; they have a voice; they vote and can impact the world around them,” he added.

“We were looking for a way to measure the effectiveness of our advocacy campaigns,” said Hu. “We developed a metric that assigns a number value to each senator and representative based on a few key categories including if they were in a party leadership position or if they were on the appropriations committee,” he explained. Based on the metric, this was one of the most successful grassroots campaigns OPA has run.

In addition to SPS, the APS Office of Public Affairs also relied on the expertise of Max Magid, a Georgetown student who interned in the Washington, D.C. office during the summer.

“I helped connect APS Office of Public Affairs with members and students who were willing to write their senators in support of our campaign. I also tailored the communications to match the way students think,” said Magid.

Additionally, he help find contact information for directors of NSF-funded Research Experience for Undergraduates programs who then asked their students to participate in the campaign.

“I am pleased it went so well, and I hope APS can use lessons from this campaign to run even more successful ones in the future,” he said.

“SPS would be glad to work with APS again so that students can work to impact the world around them,” he said.

“Our goal was to give undergraduates an opportunity to speak up in support of physics. We are elated that this campaign was successful, and we look forward to including SPS in many more campaigns in the future,” said Mack.