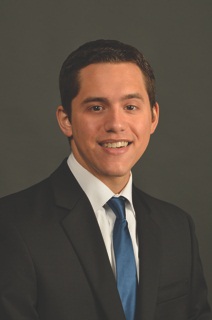 APS is excited to welcome Ramon Barthelemy, the 2015 APS/AIP STEM-Ed Fellow, who will be working on STEM programs in the U.S. Department of Education. Ramon received his B.S. in 2010 in astrophysics from Michigan State University and Ph.D. in 2014 in science education from Western Michigan University. During the 2014-2015 academic year, he served as a Fulbright scholar at the University of Jyväskylä in Finland, conducting research on gender issues in physics. Ramon has a long history of service within the physics community, most recently as a member of the AAPT Committee on Women, the APS Committee on LGBT Issues in Physics, and on the national working group for LGBT+ Physicists. He will begin his fellowship September 2015. The APS/AIP STEM-Ed Fellowship is a part of the AAAS Executive branch Science and Technology Postdoctoral Fellowships.