And so, the close of the 111th Congress will see us bidding goodbye to a number of Members who understand the importance of science, of science funding, and of investing in our innovation future. They continued, throughout their legislative careers, to put their money where their mouths were: from appropriations, to legislation to their membership on the relevant committees and caucuses, these members never let their colleagues forget that, like Speaker Pelosi reminded us recently, it’s all about “Science, science, science.” 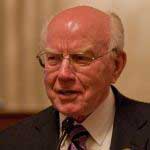 For Vernon Ehlers, an eight term Representative from Michigan’s Third District, his retirement means the close of the legislative career of the first physicist elected to the U.S. Congress. And, while in Congress, he never forgot where he came from: he worked tirelessly within his own party and with members from across the aisle to ensure that our nation’s children received a strong education in science, technology, engineering and mathematics (STEM) and that our country remains competitive by helping to implement the recommendations in the landmark Rising Above The Gathering Storm study.

As a member of the House Science and Technology Committee, he “oversaw in 1998 the writing of the nation’s first major statement on science policy since 1945”. He co-chairs the STEM Ed Caucus, “which is dedicated to improving the nation’s K-12 science, technology, engineering and mathematics (STEM) education.” In a March 2, 2010 column in The Hill, Dr. Ehlers wrote that “Today’s manufacturing jobs require highly skilled workers with strong backgrounds in math and science. ….If we do not act soon, many high-tech and high-skilled jobs will not be established here, but overseas…. We are losing precious time to get our country back on track toward global competitiveness, and without strong and sustained investments in math and science education, we will only continue spinning our wheels. “Dr. Ehlers and his legislative commitment to science will be sorely missed. 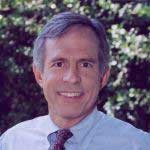 Bart Gordon, another strong champion for science, will also be leaving Congress at the end of the 111th session and with his departure as chairman of the House Science and Technology Committee, another unfortunate vacuum will be created. Mr. Gordon will best be remembered as having secured a critical piece of legislation designed to ensure that science and STEM education receive the support they require. The very wordy “America Creating Opportunities to Meaningfully Promote Excellence in Technology, Education, and Science Act of 2007”, or America COMPETES Act, became law in August, 2007. There’s no need to recount what COMPETES did for the National Science Foundation, National Institute of Standards and Technology, and the Department of Energy Office of Science, but suffice it to say, without this bill, our country would likely be even further behind than we are now.

And, after a bruising and messy floor struggle, the House finally passed the reauthorization of COMPETES in May of this year. Final passage will hopefully come before Mr. Gordon’s departure from Congress.

So, what does this all mean? The departure of these and several other science-focused legislators, including Science and Technology Committee member Bob Inglis from South Carolina, means that the science community must step up to the plate and get others to fill the void. We must re-launch the era of the citizen scientist, but this time, give it steroids.

We must cultivate the next generation of legislative champions, including those who already serve, and those could serve. Without these champions for science and innovation, funding for initiatives at NIST, NSF, and the DOE Office of Science will get lost among many competing priorities. Issues central to our cause will not receive the attention they require. The result? We will face a painful future in which our budgets stagnate, the U.S. will continue to fall behind other nations in innovation and our children will not receive the STEM education needed to keep our country competitive.

The strategy must be twofold: first, we need to educate those that represent us in Congress about the importance of science to our economic future, and to our ability to innovate and compete in a global economy. Second, we must look to scientists themselves to consider roles as legislative activists and to contemplate possible futures in politics themselves, those willing to follow in the footsteps of Vern Ehlers, of Rush Holt, and of Bill Foster. Our future depends on it.